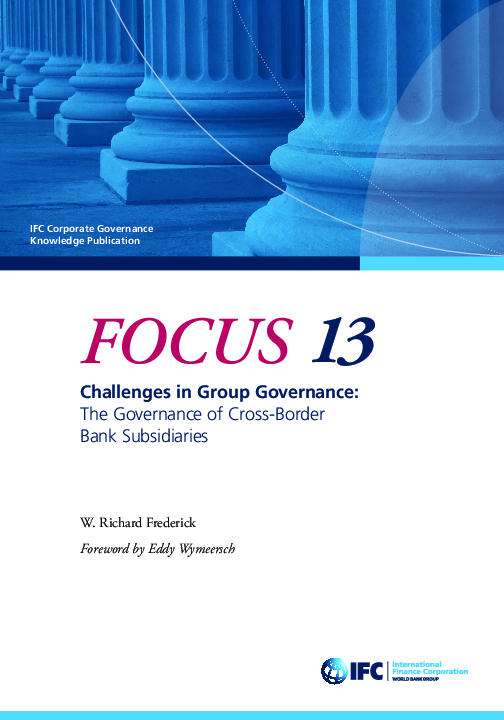 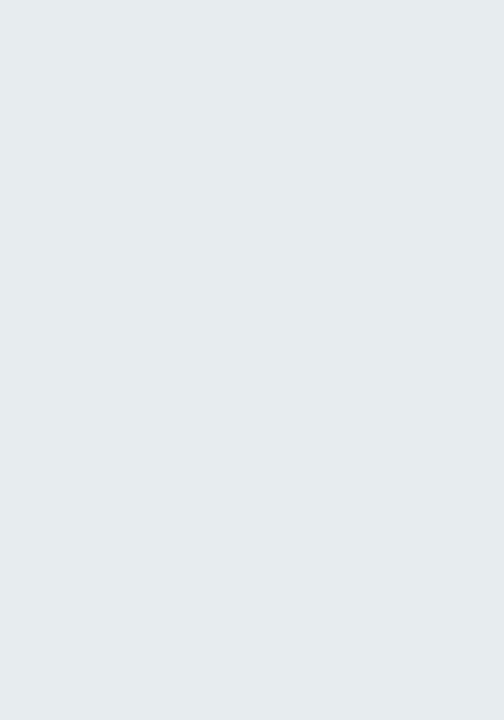 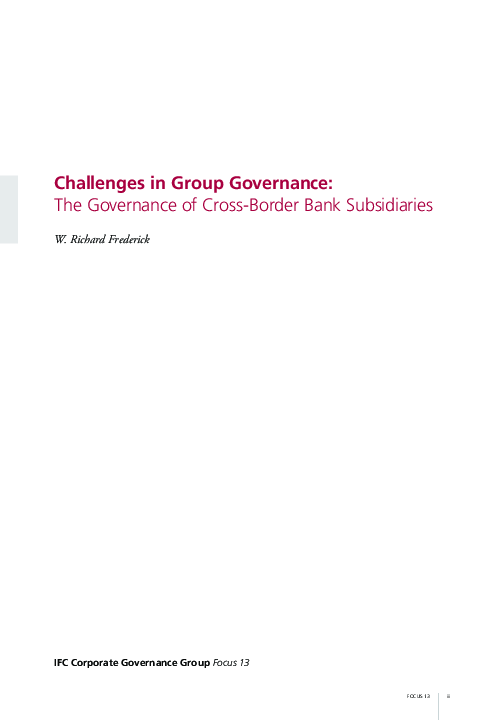 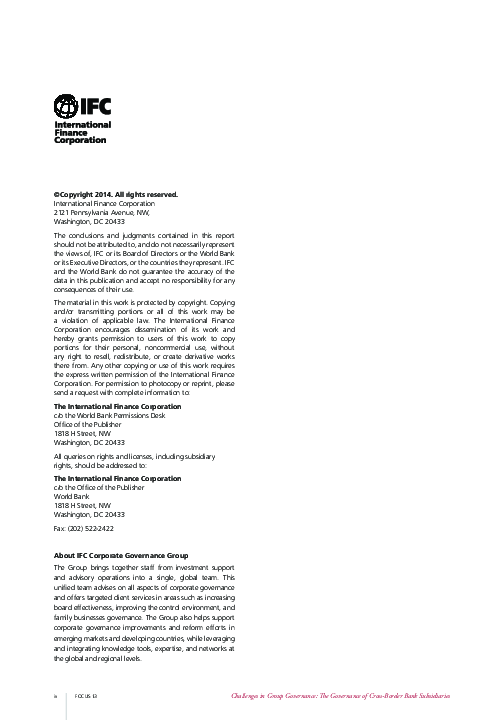 This publication focuses on the governance of the subsidiaries of banking groups, with particular emphasis on cross-border bank subsidiaries. Thought on the issue originated during a series of high-level meetings organized by IFC on the governance of banks in Southeast Europe (SEE) in 2010—a time when the effects of the 2007–2008 financial crisis still lingered, giving the meetings a sense of urgency. Participants reflected on the role that governance may have played in the crisis and what could be done to prevent a recurrence.

Principles and frameworks for climate change strategy and action

Guidance for the Directors of Banks (IFC)